PA: “The Muslims have the absolute right” to the Western Wall

Wednesday, 22 January 2020 - 10:06 AM
Disclaimer: Views expressed in this video
do not represent those of Palestinian Media Watch. PMW monitors and exposes this material, in order to educate and eliminate hate and terror promotion.
For more info, visit: http://palwatch.org.

Official PA TV narrator: "The historical documents in the possession of the Palestinians of Jerusalem testify that Jerusalem is a city of Arab origin for thousands of years, and its history and culture are Islamic. Since Islam's conquest [in the 7th century], the Al-Buraq Wall (i.e., the Western Wall) has remained an Islamic waqf. The Muslims have the absolute right to it and there is not even one rock there that dates back to the period of King Solomon, as the Jews claim."
[Official PA TV, Nov. 29, 2019]

The Al-Buraq Wall - Islam's Prophet Muhammad is said to have ridden during his Night Journey from Mecca to "al aqsa mosque", i.e., "the farthest mosque" (Quran, Sura 17), and there tied his miraculous flying steed named Al-Buraq to a "stone" or a "rock."  (Jami` at-Tirmidhi, Book 47, Hadith 3424). In the 1920's, Arab Mufti Haj Amin Al-Husseini decided to identify the Western Wall of the Temple in Jerusalem as that "rock" or "stone," and since then Muslims refer to the Western Wall as the "Al-Buraq Wall."

The Western Wall – is a small remnant of the large retaining wall built by King Herod to support the Temple Mount of the Second Temple. It is not connected to Solomon’s Temple as PA TV claims. There are no known remains of the First Temple itself, but many artifacts from the First Temple period including many stamps with the names of Biblical figures have been found in the vicinity of the Western Wall and the City of David in Jerusalem. The Temple Mount including the Western Wall is Judaism’s holiest site.

The Israeli Antiquities Authority does not carry out archeological excavations on or under the Temple Mount itself due to Muslim sensitivities. 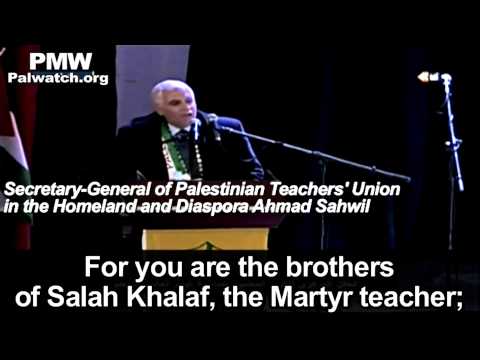 #PalWatch
Teachers, like arch-terrorists, are "exalted examples of sacrifice and bravery"
Sunday, 04 May 2014 - 02:19 PM 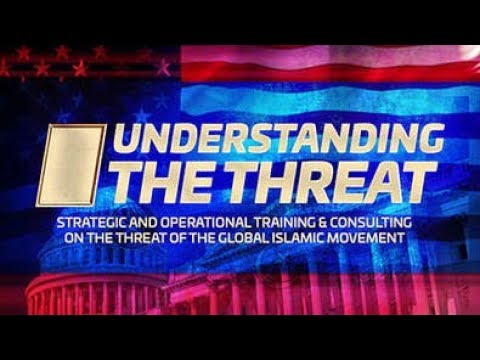 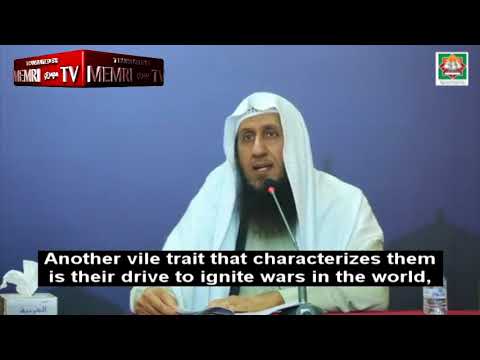